Emergency Support And Project Rescue Get in touch. 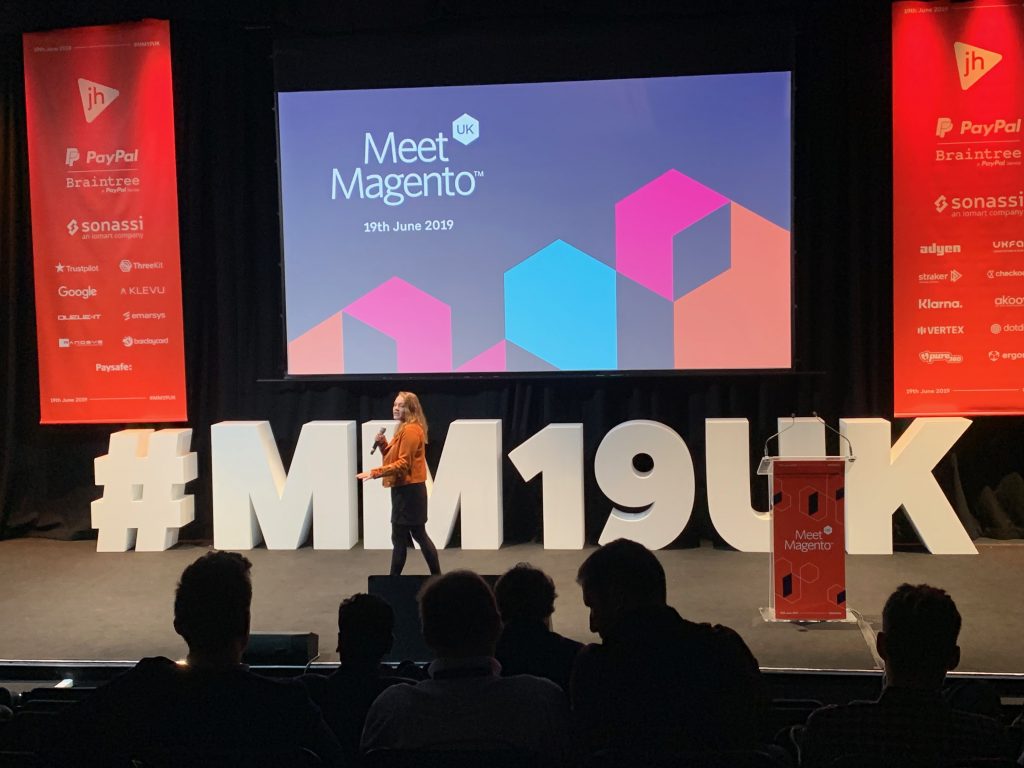 More than 600 Magento enthusiasts under one roof, it sounds like no less than a dream. Team JH, the organisers of the Meet Magento UK 2019, brought this dream to reality and the thrilling event took place last Wednesday on 19 June at The Mermaid, London.

It was a conscious effort of bringing the most thriving community of the world for a day of the hearing. Nothing can be more astonishing than sharing the expertise and ideas of like-minded professionals.

It was another tent pole in the long tradition of Magento conferences that dates back to 2011. Like every other year, it was a good time catching up passionate Magento leaders and technocrats discussing ground-breaking technologies. It was a clear demonstration of ideas that will take the eCommerce to the next level.

Who were the parts of the event?

There was no restriction about who can join the event, but the event offered the choice of two tracks: developers and merchants. Attendees were free to move in between the tracks to get the most out of it.

The organizers had chosen a wide array of topics delivered by even-diverse and exciting panel of speakers.

What have you gained from the event?

The event was no less than an opportunity to build strong and meaningful connections within the industry.

The platform was a chance to meet fellow attendees and talk innovation. The sponsors of the event were hand-picked in order to bring the best in the industry.

Basically, the event was a platform that enables you to realise the business needs and offerings within the community.

Meet Magento UK always brings so much learning and knowledge. There is a lot to discuss and mention, but a few key points stole the attention of the show.

The panel laid stress on how mobile responsiveness of the eCommerce websites has increased the traffic, but we are still lagging when it comes to revenue.

It was a clear demonstration of research that took place of Cyber Monday.

The day was the largest shopping day in history and the sales topped $7.9 billion.

Even though it was the first cyber Monday when more than half of the traffic came from mobile (51.4%), the revenues didn’t create a buzz. The $2 million sales from smartphones covered only 26.3% of the sales.

It was an engaging topic because every merchant is looking forward to enhancing mobile revenue.

2. How to measure the success and failure of your eCommerce?

Total # of visits in the same time period as above

By calculating the RPV of your store, you will know what’s working and what’s not. CR and AOV are the deciding factors of the growth or decline of your eCommerce store.

Another major discussion included how to remove distractions from your eCommerce store. The panel suggested a few ideas to do so.

The next discussion was related to coupon and promo codes. The viewpoint was if coupon collapsing will help in reducing distractions. The overly prominent coupon code entry fields can distract customers and the failure can result in abandonment of the complete purchase transaction.

A 3.34% RPV lift is expected by collapsing coupons.

Wish lists were created with the vision that they will enhance the sales but it turned out to be totally different. It has become a way to procrastinate on making the shopping decision. Disabling this feature will motivate the customers to click on the “Add to cart” button.

It is expected that disabling the wish list feature will result in 5.62% phone RPV lift.

Breadcrumbs become redundant with effective navigation of the merchant. The Magento community is testing the results removing breadcrumbs will create and if it will reduce distractions or not.

Like every year, the event was a grand success. The latest acquisitions and announcements pointed towards lots of updates.

PWA was the buzzing word of this MMUK 19. The Magento and PWA buzz was picked by the multiple speakers and all of them took out something new. Eric Erway and Shaun Osbourne interacted with the merchants and shared their views on the same topic and brought out some really interesting things. They spoke about how this innovative technology PWA, can simply the commerce operations. 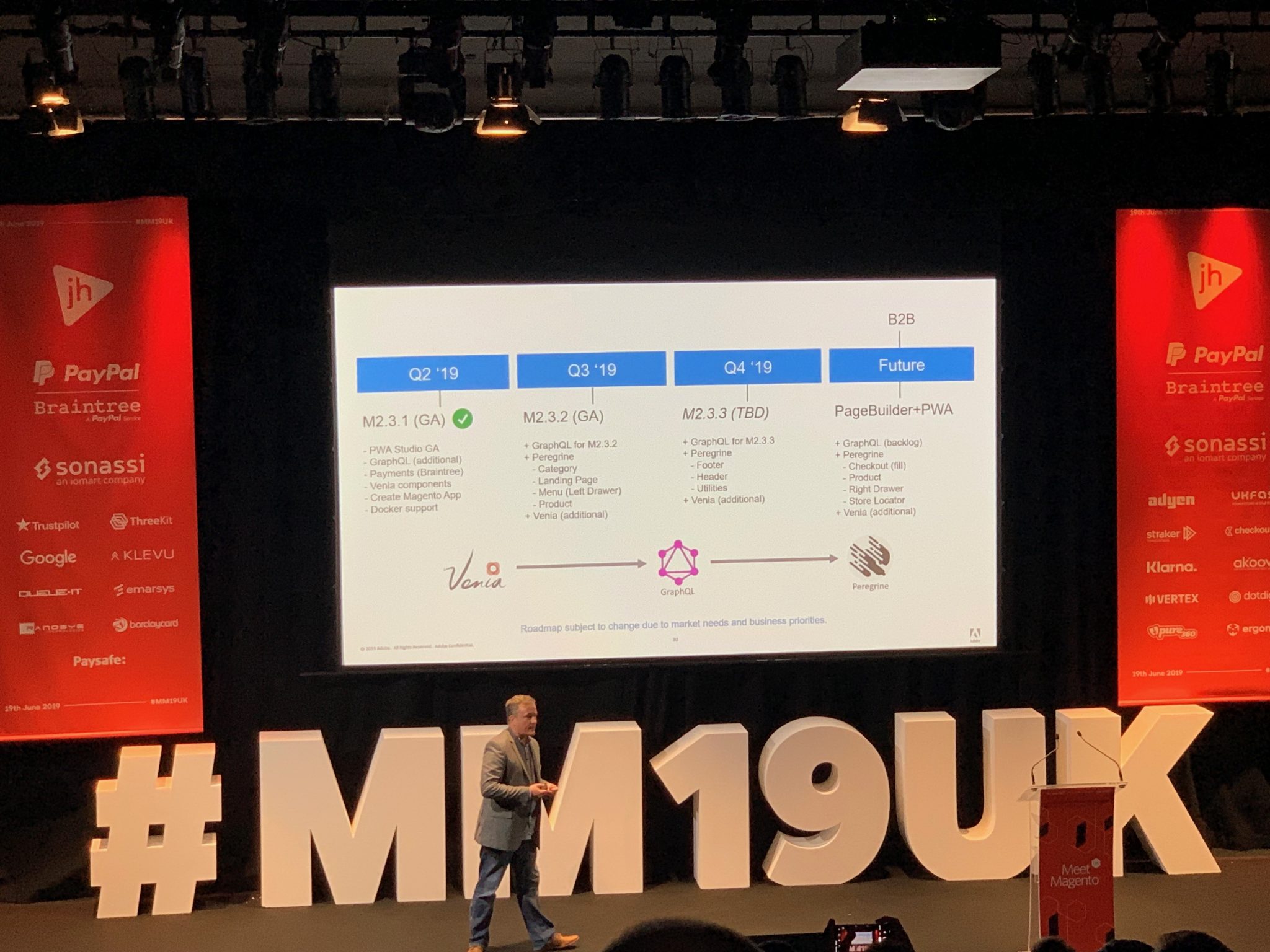 Shaun Osbourne shared some excellent pieces of advice from the early adopters of this progressive movement.

Moving forward, he spoke about the role of front end and back end developers and shared some tips for them. 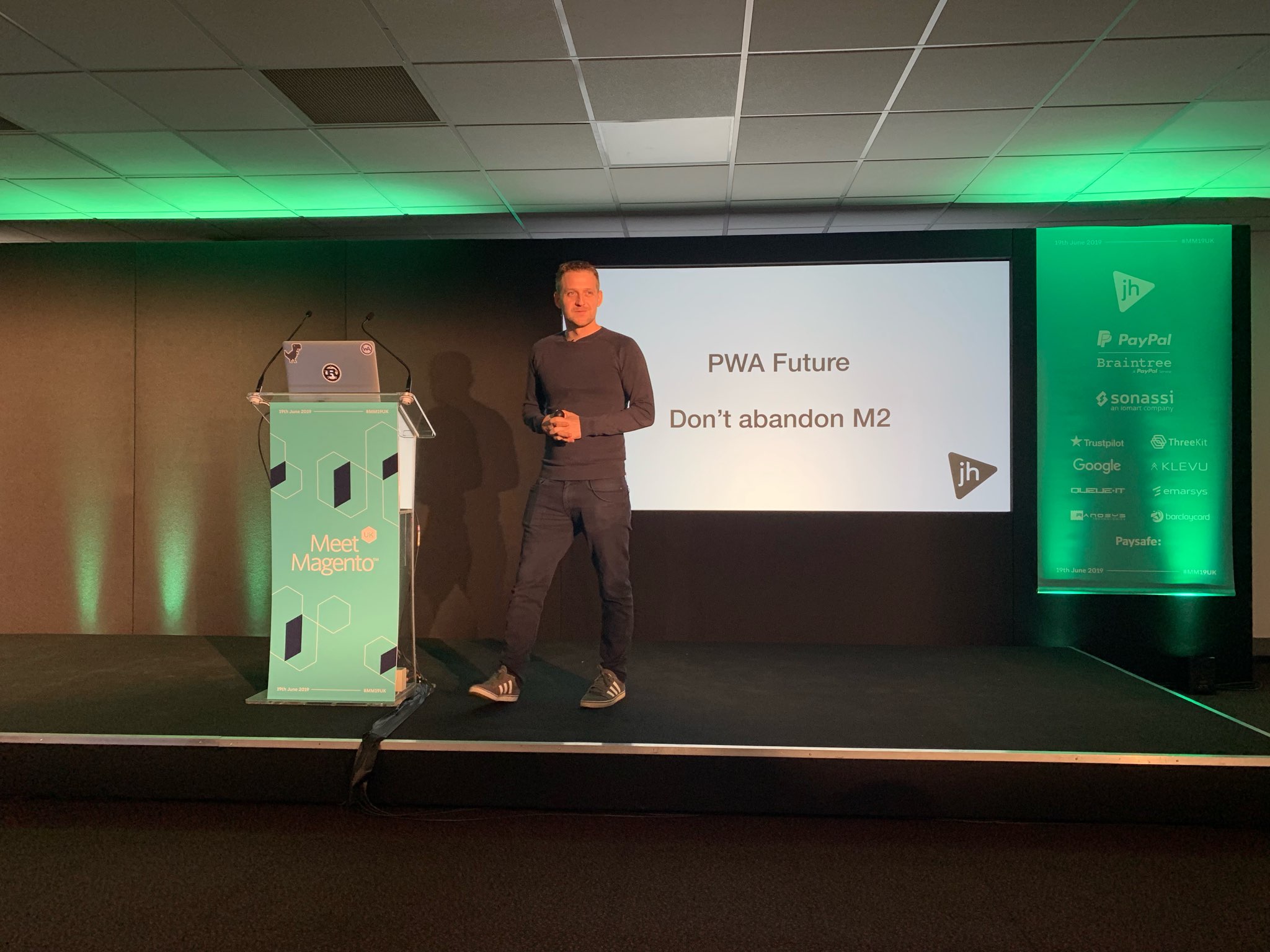 The Magento community couldn’t have chosen anyone better than Philip Jackson for the closing session. He started with a quote by Theodore Roosevelt “Do what you can, with what you have, where you are.”

He was quite focused on the Magento community during his session. He mentioned that people don’t build communities, but communities build people.

Get your Magento store now!

This website uses cookies to improve your experience while you navigate through the website. Out of these, the cookies that are categorized as necessary are stored on your browser as they are essential for the working of basic functionalities of the website. We also use third-party cookies that help us analyze and understand how you use this website. These cookies will be stored in your browser only with your consent. You also have the option to opt-out of these cookies. But opting out of some of these cookies may affect your browsing experience.
Necessary Always Enabled
Necessary cookies are absolutely essential for the website to function properly. These cookies ensure basic functionalities and security features of the website, anonymously.
Functional
Functional cookies help to perform certain functionalities like sharing the content of the website on social media platforms, collect feedbacks, and other third-party features.
Performance
Performance cookies are used to understand and analyze the key performance indexes of the website which helps in delivering a better user experience for the visitors.
Analytics
Analytical cookies are used to understand how visitors interact with the website. These cookies help provide information on metrics the number of visitors, bounce rate, traffic source, etc.
Advertisement
Advertisement cookies are used to provide visitors with relevant ads and marketing campaigns. These cookies track visitors across websites and collect information to provide customized ads.
Others
Other uncategorized cookies are those that are being analyzed and have not been classified into a category as yet.
SAVE & ACCEPT